This recipe had me using up that can of pumpkin puree from my pantry and then going out to get more.  It is a quick and healthier dessert that will satisfy your craving for pumpkin pie and apple pie this season. Served warm or at room temp, these are just what you’ve been craving this season.

Step 1 – add 2 tbsp vegan butter to a pan and place over medium heat, add pumpkin and cook stirring constantly to avoid burning; mix in 1/2 tsp pumpkin spice, 1 tsp ground cinnamon, pinch of salt, 1 tsp vanilla 2 tbsp maple syrup (or to taste) cook for 15 minutes until glossy and a bit firmer; transfer to ramekins and divide into about three 1/2 cup portions, top with a layer of whole pecans, set aside while you make the apple topping. 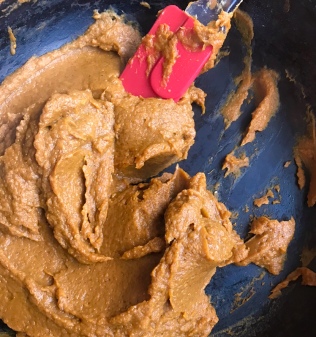 Step 2 –  wipe down the pan you used for the pumpkin then add 2 tbsp vegan butter, the diced apple, 1 tsp cinnamon, 2 tbsp maple syrup (or to taste) and the raisins; cook for 8-10 minutes until apples have softened a bit and a thick syrup has formed, stir to avoid burning; divide the apple mixture among the ramekins with the pumpkin. You can store in the fridge for later or serve immediately.

Before serving top with coconut whip, chopped pecans and enjoy!